The Sea of Galilee is a central part of the Gospels of the New Testament. The area around the Galilee is the main focus of Jesus’ early ministry, teaching, and miracles. Today, let’s travel to Israel to learn about a “must see” pilgrimage site for any Christian who is traveling in the Holy Land.

The “Sea” of Galilee isn’t really a sea. Its a fresh water lake that’s about 13 miles long and eight miles wide (at the longest stretches), which make it only around 30 miles in circumference. And even though its the lowest fresh water lake in the world (around 700 ft. below sea level), still the body is fairly deep (at a little over 140 ft, at the deepest). It is fed by underground springs and is the main source of the Jordan River (which flows through it from North to South).

An interesting geographical fact is that it has gone by (and continues to go by) many different names. The early Hebrews referred to it as Kenneret. In some Hebrew scripture and New Testament writings, it’s called Gennesaret. The historian Flavius Josephus mentioned it as the Sea of Ginosar. In a few places in the New Testament the Sea of (or Lake) Tiberias is used. And, ancient Persian and Arab scholars named it the Sea of Minya. But today, most refer to it as Galilee.

There are so many places referred to in the Gospels that are all located around Galilee. Some favorites I have visited include: Capernaum (where Jesus started his public ministry), Tabgha (location of the miracle of the Loaves and Fish), Mount of Beatitudes (site of the Sermon on the Mount), Mt. Tabor (the site of the Transfiguration), Yardenit (the site of Jesus’ baptism by John), Cana (where Jesus performed his first miracle), and the Church of the Primacy of St. Peter, (where the resurrected Jesus appeared to the Apostles and told Peter to “Feed my sheep.”)

While there are many more sites around the lake that are well worth a visit, my most favorite place to be is on the water. All of the groups that travel with Faith Journeys experience a boat ride on the Sea of Galilee. The boats used are modeled after boats of Jesus’ time and the crew often put on a demonstration of how fishermen worked their nets during that period. Galilee is an extremely calm body of water. Still, as I was floating around, I found it easy to think about the bible story of the storm that frightened the disciples so much.

One of the best parts about drifting into the middle of Galilee is that from the middle of the water, I could put into perspective the different sites mentioned in the life of Christ. I could begin to put together how the disciples would have easily walked between cities and even around the entire lake. Although I’d heard these stories all my life and knew the names of the places, being on a boat in the middle of the Sea of Galilee was the first time I was able to put together where Jesus lived, traveled, and ministered to his people.

When you get the chance to visit Israel, make sure you travel to the Galilee region and visit the sites mentioned in the Gospels. You will find that you are walking in the very steps of Jesus and the disciples and will get to see the same places and people he saw and loved so very much. 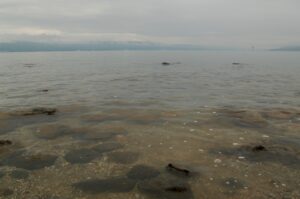 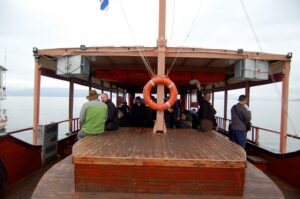 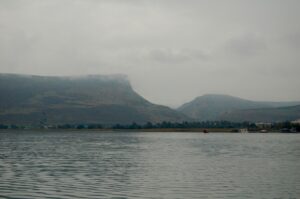 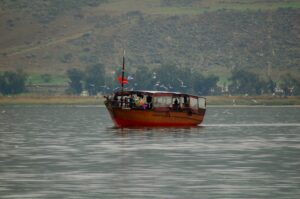 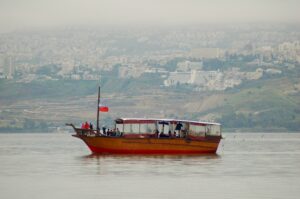