Catholic Pilgrimages to Spain and Portugal

A Deeper Understanding of the Bible, the Trinity and Christian Faith

The Bible, the Trinity, and even our Christian faith will take on new depths of religious meaning as we take in this Holy Land, from its sacred sites of Eucharistic miracles and those centering on the Virgin Mary to magnificent basilicas and cathedrals with their timeless works of art, from its humble convents to scenes from early Christianity in the region and the lives of its beloved Saints.

The Miracle of Our Lady of Fátima

As we behold a host of unforgettable places, we experience many life-changing masses along the way, like in Fátima, where as many as four million people annually visit the Shrine of Our Lady of Fátima because they are drawn by the miraculous reports of three local shepherd children who in 1917 saw the Virgin Mary, and where Pope John Paul II credited Our Lady of Fátima with saving his life during an assassination attempt in 1981.

We travel the narrow streets of Santiago di Compostela to find the shrine of St. James, and to Alba de Tormes in western Spain to see the burial place of St. Teresa of Avila (1515-1582). We will see Loyola, the birthplace of St. Ignatius of Loyola, founder of the Jesuits, and we will visit St. Anthony’s Church, to honor St. Anthony, who is known as a marriage saint and associated with locating lost objects! All this and much more await us on our faith journey to Spain, Portugal, and France. 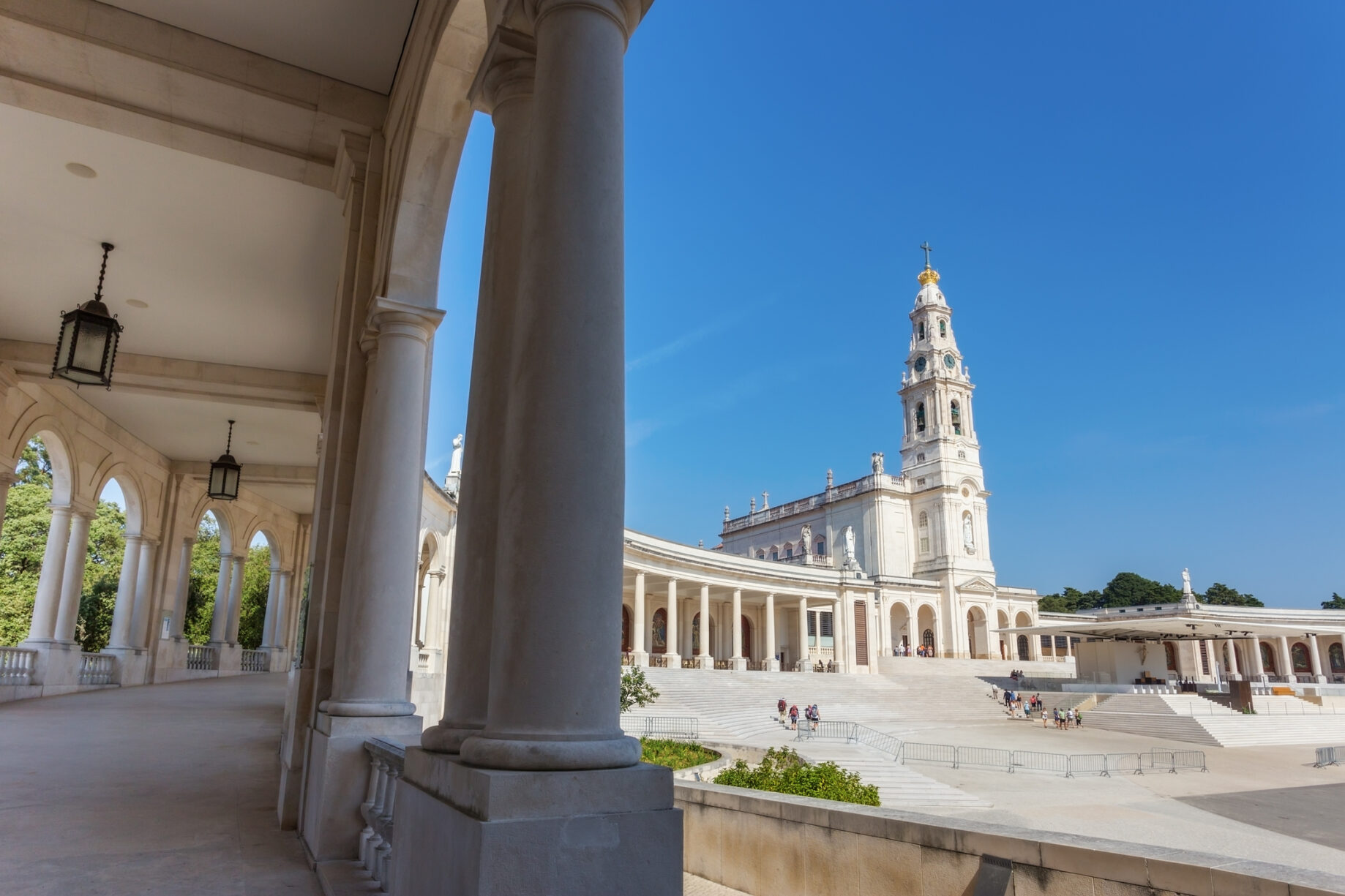 Examen the Call: Pilgrimage to Spain and France- 11 Days/ 9 Nights

In the Footsteps of the Saints- 12 Days/ 11 Nights

Windows to the Soul- 8 Days/ 6 Nights

They customize the trips for us! Faith Journeys is a pleasure to work with! They take care of everything and there is never a worry.  The local guides are always excellent!  The company worked with me to customize our trip and I also appreciate their expert advice in crafting an itinerary that maximizes our limited time together, and makes sure we visit the highlights in each location.  They also arranged for our Masses in the most amazing places! Morning Mass in the crypt church of La Sagrada Familia in Barcelona?! Just amazing! My highlights were Saragossa, Madrid, Salamanca, and Lisbon.  The architecture and history are amazing!  Also the chapel where we had Mass in Carcassonne was just delightful! Oh, and also La Sagrada Familia in Barcelona!  All of our local guides were also excellent!!!!  You find the best people! They make the place come alive!
Fr Steve Brunovsky, St. Hilary Parish, Ohio