Protestant tours to Ireland from Faith Journeys offer an unforgettable pilgrimage to the Emerald isle.

The Holy Land of The Emerald Isle

Our life-changing Christian Tour to Ireland will serve up many rare and treasured gifts, from the chance to learn about early Christianity and the Reformation in the holy land of the “Emerald Isle,” to the thrill of beholding magnificent cathedrals (replete with timeless works of art depicting many religious themes including scenes from the Bible, and from the lives of Jesus Christ and his chosen Apostles) and historic markers… together with the great sense of communion typically enjoyed by a Christian Group Tour.

And there are wonders along the way! We’ll visit Downpatrick, rich in history and connection to St. Patrick, to visit the Saint Patrick Center (which offers workshops, seasonal events, guided tours, a gift center and an IMAX presentation exploring the story and history of his life), and many parts of Ulster, including Armagh, an ancient site of worship for both Celtic paganism and Christianity, and the island’s “ecclesiastical capital” (as St. Patrick established his principal church here). We’ll also visit the amazing Ulster American Folk Park, an open-air museum in Casteltown, which grew up around the restored boyhood home of Judge Thomas Mellon (founder of the Pittsburgh banking dynasty), and explores the historical link between Ulster and America, focusing particularly on the lifestyle and experiences of those two million immigrants who sailed from Ulster to America in the 18th and 19th centuries.

Our unforgettable pilgrimage to Ireland might well have us contemplating some of the words of St. Patrick’s confession: “Then the Lord made me aware of my unbelief … It was He who took heed… who watched over me… That is why I cannot remain silent about the great favours and graces which the Lord deigned to grant me… For the way to make repayment… is to declare and make known His wonders… “ "Looking back upon my seventeen years as president of AFPC, I can recall no other event where the needs of our choirs were managed with such grace and expertise. Throughout the five-day congress in Rome - busy with rehearsals, concerts, liturgies and other events, and culminating in the Mass of January 1 at St. Peter's Basilica with Pope Benedict XVI - I was never met with anything less than 100% satisfaction in and outspoken enthusiasm for the work of your organization and its staff." 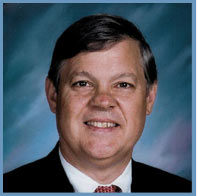