John Wesley (1703—1791), a Christian theologian and one of the founders of the Methodist movement, rode 250,000 miles, gave away 30,000 pounds... and preached more than 40,000 sermons (Stephen Tomkins, biographer). John Calvin (1509—1564) an important French pastor at the time of the Protestant Reformation, left the Catholic Church around 1530 and fled to Switzerland where he established a Christian theology that would become known as Calvinism. As we follow the awe-inspiring trail of these two great reformers, John Wesley and John Calvin, separated as they were by about 200 years, we will not only thrill at the grandeur of several European cities and the beauty of the English, German and Swiss countryside, we will also gain an understanding of and deep appreciation for their convictions and courage.

Day 1: Departure from the USA I am only an honest heathen…and yet, to be so employed of God! (From a letter John Wesley wrote to his brother at age 63). 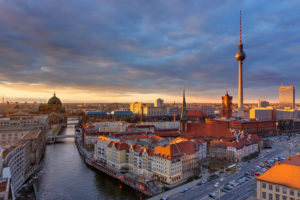 Our journey begins with an overnight flight with full meal/beverage service and in-flight entertainment to London, England.