The Protestant Reformation in Scotland can be seen as a revolution since it led to the ousting of Mary of Guise and to the rise of James VI who was enthroned in her stead. We are about to set forth on a life-changing journey as we follow the history and events which heralded the founding of the Presbyterian denomination. From quaint and lovely villages to some of the most beautiful and vibrant cities of the world, we will travel through Scotland to see where it all took place. We will learn about the remarkable life of reformer, John Knox, who proclaimed in his will - None have I corrupted; none have I defrauded; merchandise have I not made - reminding us that like other selfless reformers, his courageous work had nothing to do with the things of this world. As we gain a deeper understanding and keener appreciation of these remarkable events, we might come away with a desire to live our own lives more courageously.

Day 1: Departure from the USA Give me ae spark o’Nature’s fire, That’s a’ the learning I desire (Robert Burns, First Epistle to J. Lapraik, st. 13). 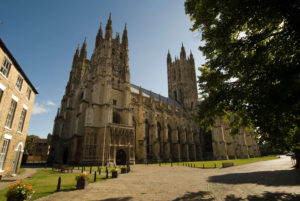