In The Footsteps of St John Paul ll

St. John Paul II was deeply rooted in tradition while seeking ever new ways to proclaim the Gospel. Prepare to journey from the darkest moments of humanity to the great light of social change and cultural conversion. The grace of Divine Mercy will guide our way! 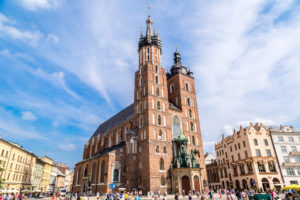